Posted on August 17, 2017 by Marsely Kehoe, PhD | Join the Conversation 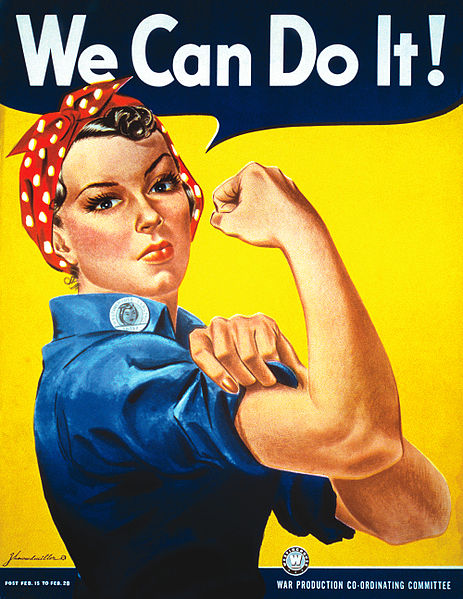 This poster has inspired women in the United States since the 1980s, with its message of strength and its suggestion that women can succeed in a man’s world. Rolling up the sleeve of a men’s type workshirt to flex her bicep, her hair tied out of the way in the iconic red-and-white polka-dot kerchief, glaring at us through long lashes, she is both beautiful and fierce.

The poster was originally commissioned by the Westinghouse Electric Corporation, from graphic designer J. Howard Miller, in 1942. It hung in the company’s midwest factories for a few weeks, before being replaced by rotating inspirational slogans. When the poster was rediscovered in the United States National Archives in 1982, it immediately became a popular rallying cry for women’s rights, and is now known around the world.

American women entered the industrial workforce in droves during World War II, when many of the American men who had traditionally held these jobs were overseas fighting. These women produced machinery, munitions, and airplanes. It’s true that many women did work out of their homes prior to this period in American history, but they were primarily working in service and secretarial fields, which were paid lower wages and had lower status.

The notion of a woman doing men’s work required a shift in how Americans thought about gender and strength. Advertising campaigns persuaded husbands to support their wives’ ambitions, and empowered women to consider different kinds of work. The popular character of Rosie the Riveter, often associated with this poster, was part of this promotion of women’s work — she was invented by a song in 1942, and thereafter was the subject of ad campaigns, propaganda films, and even a full-length movie in 1942.

When the men came home from war, many of these newly strengthened women relinquished their jobs to the men, whether they wanted to or not. In the decades since, women have continued to fight for equal representation in the workplace with men, a fight that is not over: women currently earn about 20% less than men doing the same type of work, with the same experience and education. The hard-working American women of 1940s showed that yes, women can roll up their sleeves and do the work, and the fierce gaze of this woman says we won’t stop fighting for that recognition. 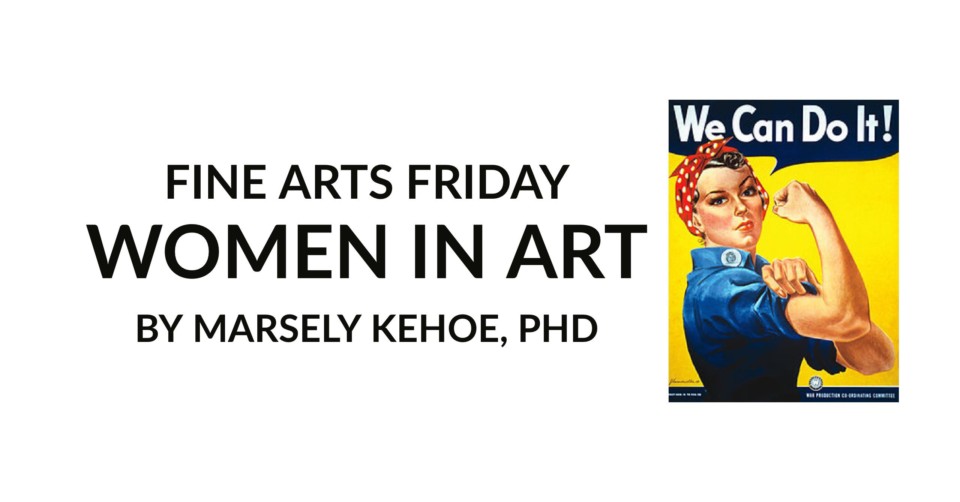