We Breast Cancer Surgeons are unprotected and vulnerable. We treat breast cancer and protect vulnerable women from the ravages of the disease. Yet we ourselves cannot avoid the awful calamities of life.

No better example of this was the recent death of Dr. Jan Huston-Pryor, a 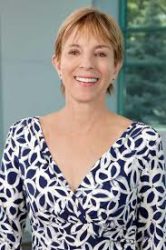 Breast Cancer Surgeon from New Jersey. I didn’t know her personally, but knew of her. She was walking her dog one morning recently and was struck by a car and killed.

Coincidentally, Dr. Jeanne Petrek, another Breast Cancer Surgeon who trained me at Memorial Sloan Kettering Cancer Center in the 1980s was struck by an ambulance, ironically, outside Memorial Hospital in 2005 and was killed. She was a terrific person and teacher.

Both Dr. Petrek and Dr. Huston-Pryor represent, at least to me, a first wave of pioneering women in Medicine and Surgery that grew out of the Women’s Movement in the late 60s/early 70s.

Dr. Huston-Pryor is three years younger than myself and was in college likely in the early 70s. Her first degree was in nursing. I have to assume the Women’s Movement must have whispered in her ear that she, too, could be a doctor.

Dr. Petrek’s path was more traditional by male standards–undergraduate degree in 1969, followed by medical school, followed by years of surgical training, followed by a job and family. I don’t recall too many women in the 1960s determined to go to medical school or go into the male dominated field of Surgery.

I entered medical school in 1975 and there was only a handful of women in the class. Two of them were older and were then pursuing second careers. The Medical and Surgical worlds have changed. In the specialized field of Breast Cancer Surgery a male like myself is the odd man out. The majority of my colleagues are female.

Medicine and Surgery were in all likelihood not completely welcoming of women doctors and surgeons during the seventies and into the eighties. I have a feeling it wasn’t so easy for these women, but things have changed since then.

It is sad to see life end for these two trail blazing women who did so much for patients and who paved the way for countless other women.