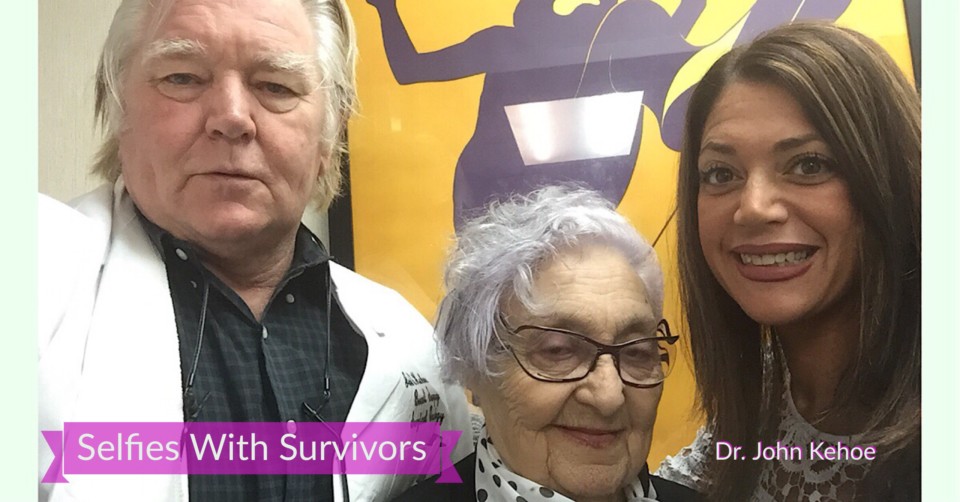 This 86 year old Russian Jew (with myself and staff member) survived the Nazis. Now she is surviving breast cancer.

During World War II as an 11 year old at a summer camp near the Polish border, she survived a greater threat than breast cancer. The camp was overrun by the Germans, but an Hungarian Doctor heroically saved her from the concentration camps.

Now a team of modern doctors treating her breast cancer have taken on the role of the Hungarian Doctor. To survive this modern day scourge the doctors did not have to ask her to “feign dead,” as she explains below. Survival comes in many different, intertwined packages.

In broken English she writes of her earlier ordeal….

IN HER OWN WORDS: I remember that we went to sleep early…in the middle of the night, guns shooting, shouts of war which I didn’t know the meaning….I jumped off the bed and was hiding under it. I saw many boots running around. I don’t remember how but they put us out to the backyard….They separated boys from girls and placed us in different rooms….I remember how we were crying for “moms,” but were punished for that by leaving us without food….Later, I remember they started taking us one by one to the medical office, undressed us, and examined us…I found 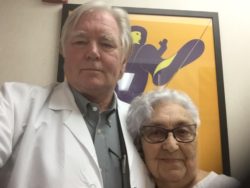 that some of my older friends just disappeared….The kind doctor during taking my blood asked if I can feign dead. He told me he is willing to help me to be taken to my parents….A few day later I pretended as I am sick and I was sent to the doctor. A stretcher with a cover was there for me. I was asked not to breath, they put me in the same car the one that they used to take children to bury….I remember being on the ground and then on a train, and then my reunion with my “Mom….”  In 1973 the 13 of us who were rescued by the great “Man—the Doctor” reunited in Budapest. Sorry, we can not name him other than the “Great Man…..”