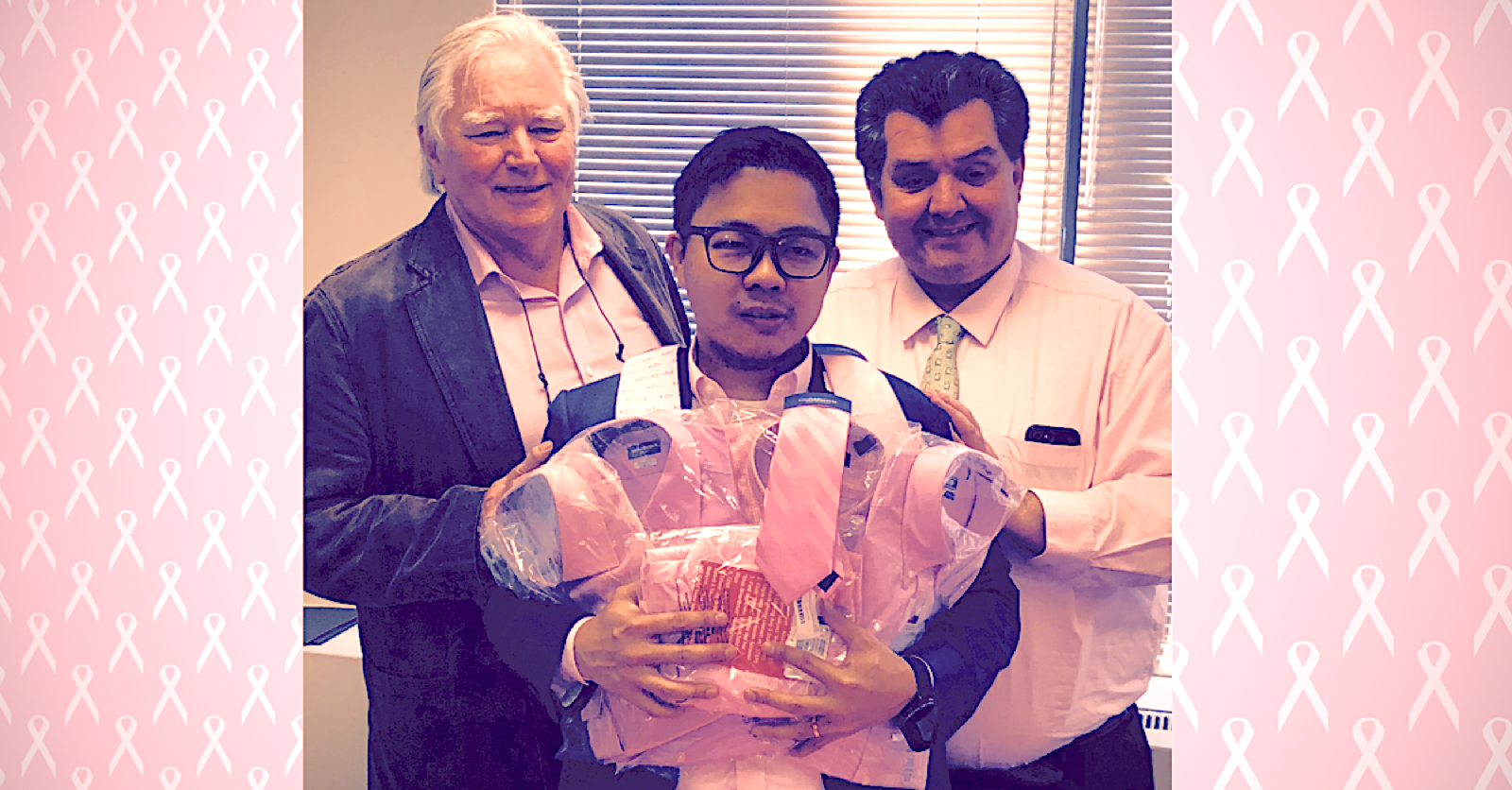 A few months ago Nelson casually asked me if I was aware that he wore a pink shirt on Wednesdays. I said I didn’t know that and asked him how long 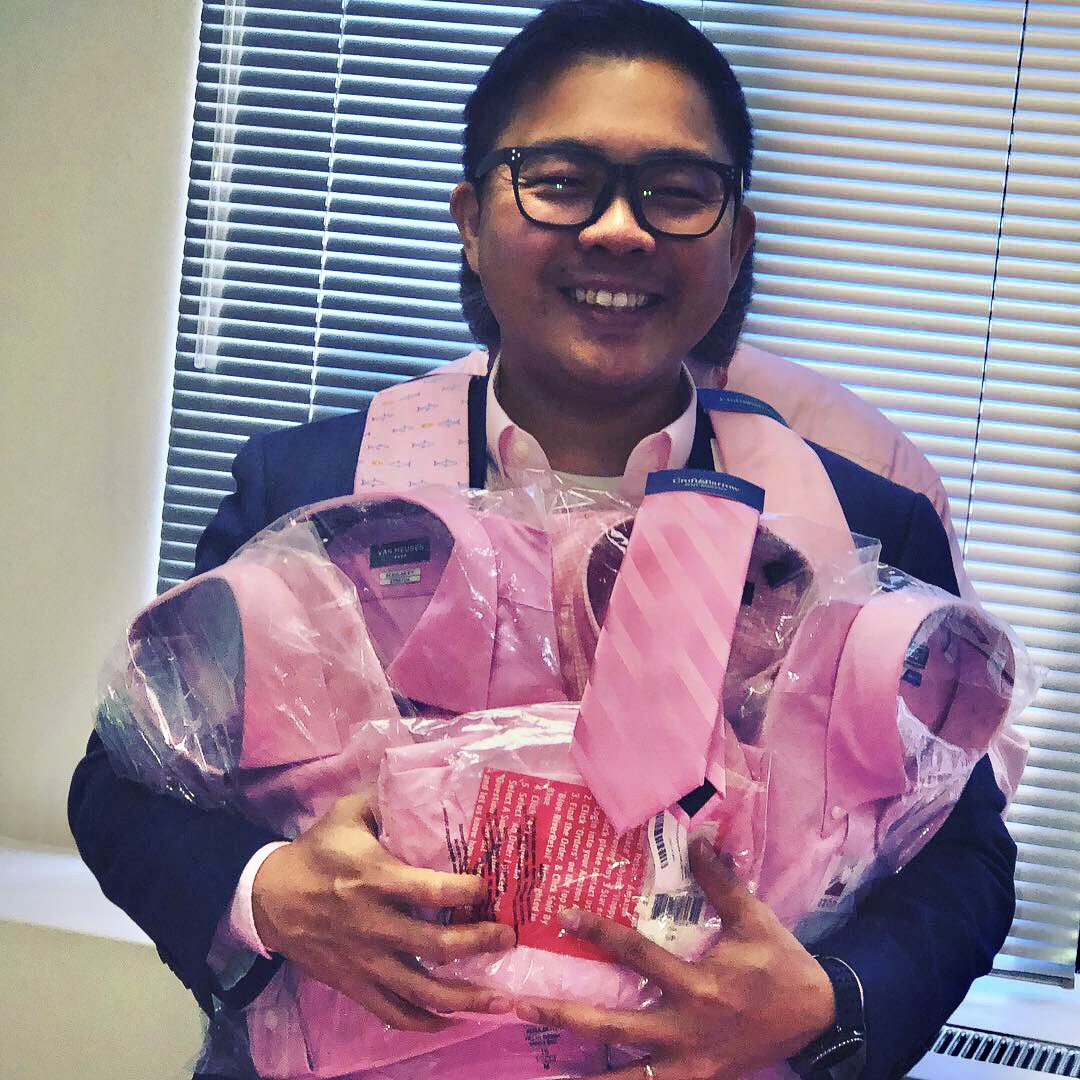 he had  been doing this. He said for years. I promptly apologized to him for not being more aware of this clothing choices. Later, I thought, what a wonderful gesture.

So I and my staff (Andrea and Michele) along with Jeff Flynn (Gramercy Surgery’s COO), and the Gramercy staff (Padminie and Michelle) decided to honor Nelson for doing this and in insure that he would have plenty of pink shirts to wear as we go forward.

We decked out a room in pink (there was pink everywhere) at the Gramercy Surgery Center and lured Nelson into the room. As a surprise, we presented him a half dozen pink shirts and pink ties as gifts in recognition of his efforts. In addition, we presented him with a Certificate of Appreciation from Jeff Flynn and myself and all the breast cancer survivors in my practice.

Nelson’s wife Ashley, who was a co-conspirator and provided us with valuable information regarding his shirt size, joined us.

The community of men and women supporting breast cancer patients is breathtaking. Nelson did this on his own and would have continued wearing pink on Wednesdays whether or not we publicly recognized him. We honored him on my operating day, a Wednesday. Having no idea of what was going to happen to him on this day, he came to work in….guess what…?  A pink shirt.

Thank you, Nelson, for thinking of and honoring all breast cancer patients and survivors in this unique way….