To all well meaning opponents of Obamacare: cease and desist, now! The end is near. This will end on its own. A DNR (do not resuscitate) order is imminent.

Robert Kocker, a physician and one of the architects of the bill, has buyer’s remorse. I guess he just didn’t think his grand plans through, didn’t consider how real folks might react to this top down monstrosity. I guess he was just too smart to consider any contingencies.

ed. There was plenty of criticism against aspects of this bill. I guess, though, that when you are part of the self-anointed “smartest guys in the room club,” you don’t have to listen.

One of the hopes of Obamacare was to create large, interconnected patient and provider groups that could share medical information and build treatment efficiencies into the system. Financial streamling could also occur. Looks good on paper.

While hospital mergers were already taking place, the pace of these mergers picked up as the trend in care provision became obvious. In fact, the Obamacare architects hoped for these kinds of mergers.

Years later as Obamacare appears to be crumbling before our eyes, Dr. Kocher gets educated and states that  “over the past five years, published research…. has indicated that savings and quality improvement are generated much more often by independent primary-care doctors than by large hospital-centric health systems.” He needed a Harvard study to conclude this?

To be fair, Obamacare has decreased the number of uninsured. Yet, the policies are often high deductible policies with limited provider groups and subsided premiums paid for by the taxpayers. I guess something is better than nothing.

Nonetheless, Obamacare has failed in so many other ways. Many of the new policies on the exchanges have failed. There was a promise of $2,500 savings per family, but costs just continue to rise. Many private insurance companies (United Health Care, Aetna, Humana) are limiting the policies they are offering on the exchanges. 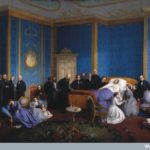 Obamacare seems to be entering into hospice care.