An Old Italian Man and the Modern Surgeon 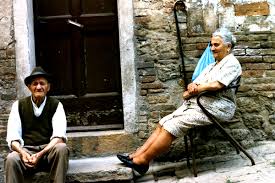 The operation didn’t go so well. No big problems or catastrophes, but just a series of small missteps by the staff. Instruments were not in the room, suture material wasn’t on the field, nurses didn’t understand my routines, and my assistant wasn’t too responsive.

Granted, it was a new crew and I was patient with them, but we just plodded along with neither rhythm nor efficiency. In the end the operation was a success, but it wasn’t pretty.

Annoyed, I walked to the recovery room and did my paper work. This didn’t feel right and it wasn’t right. This is modern day Surgery; this shouldn’t be happening. Surgical teams have come so far in perfecting our techniques and procedures. This last operation felt like a step backwards.

I would go to the head nurse and discuss this, not like a ranting diva, but just someone frustrated and hopeful for a better performance from all. I don’t do this often. I don’t like doing this. I know the supporting crew is not interested in sabotaging any operation.

The patient I had just operated on was an Italian woman in her mid seventies with a curable tumor. I wasn’t so worried for her. While the operation was not a first rate performance, it was just fine.

The patient’s husband saw me enter the waiting area and jumped out of his seat. I gestured to him to move into a hallway to talk in private and looked him squarely in the eye. He had been crying. His eyes were bloodshot. He was visibly upset; he had been sobbing quietly in a corner of the waiting room for the entire case. In broken English between sobs, he tried to respond to my routine and robotic assessments.

It didn’t matter what I said. He just wanted to know his wife was okay. Is 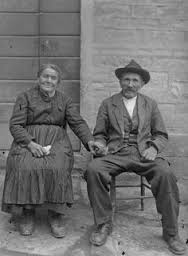 she agona be okay?  I said: She’s okay, she’s fine. The operation went well, she’s awake in the recovery room. We are curing the cancer, everything good, molto bene…I touched his arm to reassure him, but he was inconsolable.

I met this man and his wife a few weeks earlier. I am not sure they understood all that they were going through with her breast cancer, but they were respectful and compliant and grateful. It didn’t take much effort to get them to this point in her treatment.

In the office he did all the talking and would then translate in Italian for her. She would listen to his explanation and then look at me sweetly, sadly, imploringly. Her looks conveyed that she was in my hands, that she trusted me.

He was a sweet man, likely from the Italian countryside, not worldly, but emotional. It is almost jarring to see a man cry in these circumstances; usually it is the female members of the family who are emotional.

I moved him into a private room and summoned the head nurse for more support and consolation, female style.

I looked at the head nurse with an arm around him and thought what a fool I was, how I had lost my way, how my mind and emotions were focused not on him and his wife and their issues, but on the uneven operation, the process, the performance.

This sweet old man touched something deep in me, I guess something I had momentarily forgotten. All I had done was an operation in an operating room. Pretty routine most of the time. The real drama is here, I thought, with this wonderful man, his wife, and what they are experiencing.

Complaining to the head nurse now seemed irrelevant and small minded. I never addressed the procedural problems. We were all free to perform our mission: to cure, to console, to reassure.

The patient and her husband left two hours later. The head nurse, still involved, escorted them out. My modern day surgical pride and pretenses remained in tatters on the waiting room floor, shredded to pieces by an old, sweet man from the old world with old values who taught me a thing or two….