Rock N Roll in the OR 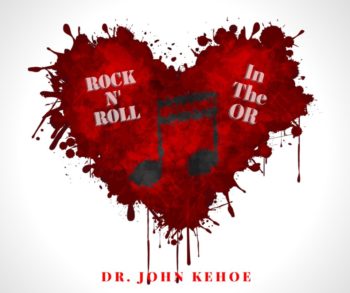 There are sounds in the operating room: the clash of instruments, the rhythmic breathing of a patient on a ventilator, the EKG tracing beeping away, the cacophony of laconic orders and requests from the surgeon or the scrub nurse.

I suppose every surgeon wants to think he or she is making music while operating—a symphony, a rock opera, a silly little love song, a ballad with deep meaning. The presence of music in the operating room is not so fanciful. Its presence in almost every operating room I have been in is for background: the music is there to sooth the focused surgeon and staff or to provide a pleasant diversion when the operation becomes routine.

Recently, I remarked to the operating staff that they were only playing 60’s music when I operated. The circulating nurse told me that this is what is on my card. “My card?” I asked. 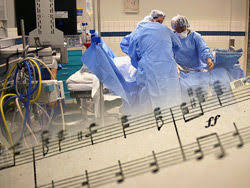 “Yes, it is on your card.” Every surgeon has a card of their surgical preferences. Contained on this will be glove size, size of surgical gown, sutures needs, types of local anesthesia, and any number of instrument preferences.

“I have to see this.” She brought me the card and there on the bottom of it was my musical preference neatly pencilled in—60’s music.

“My god, I am stunned. Nobody ever asked me. You are right but how did you know?“

I supposed the 60’s comment wasn’t just about my age. “Those days are long gone, long gone,” I replied. 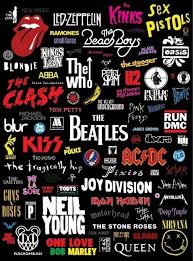 But the music lives on. So there it is: 60’s music—the era of sex, drugs, and rock ‘n roll and anti war protests, the civil rights struggle, the sexual revolution, campus unrest, drug crazed youth, the landing on the moon, and massive social change—neatly normalized and rolled out for one’s listening pleasure in the most careful and conservative of places: the operating room. The times, they have  a’changed. No mystery there.

Through the years in my time in the OR, the playing of music has gone through its own evolution, one that reflects the advances in recording technology. From radios to tapes to CDs and now streaming services.

Anesthesiologist used to ask the patient as they were being prepared for surgery, what cocktail they would like—a martini, a glass of chardonnay, a cosmopolitan, a bloody mary (no, we probably shouldn’t include that drink here). With the availability of streaming services, the anesthesiologist can now ask the patient as they are prepared for surgery what their musical preferences happen to be. They then dial up the song on a smart phone as the patient drifts off to sleep. A drink and a song before surgery. 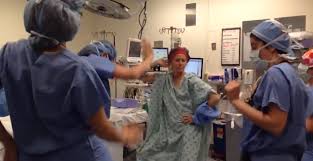 Music in the OR has evolved even further into more elaborate, more complex productions. The internet has videos of patients dancing their way to the operating room and/or dancing to the music in the operating room itself before settling down for, say, their double mastectomy. The supporting staff and surgeons and anesthesiologists will join in and it starts to look like a sterile, uninteresting version of Studio 54 back in the day. I half expected to see Mick Jagger emerge from behind the ether screen to join the flash mob in these productions.

But I have to ask: “Aren’t they kicking up a lot of dust with all the gyrations in the OR? Who’s in charge here?”

Let the music play on, play on….even in the operating room. We all need an outlet. And, trust me, when the surgery begins, we are all focused and serious, whatever music is playing or not playing.