Survival from breast cancer continues to improve. This is great news and comes to us from multiple sources. At the same time, we do smaller, less disfiguring operations than we used to do.

Breast cancer attacks a part of the body with tremendous aesthetic and emotional importance. The very mentioning of the condition has evoked in the past (and still today) dire responses from patients and doctors.

So without the benefit of modern, smart weaponry and with an earlier, crude understanding of the disease, we deployed heavy artillery. For years we carpet bombed the organ in question. A radical disease needed a radical response. We did radical mastectomies, removing the entire breast and surrounding tissues. Highly disfiguring.

Along the way, this view was questioned by out of the box thinkers. Did we need to do radical surgery? Slowly the answer evolved that we didn’t. So we did modified radical mastectomies. And then the notion of mastectomy was challenged. Could we preserve the breast and deploy radiation therapy to supplement? Slowly, ever so slowly, we answered that in the affirmative.

Likewise and in conjunction with a changing attitude towards removal of the breast was a change in how to deal with the axillary (arm pit) lymph nodes where the cancer often spreads initially. We radically dissected all the lymph nodes whether involved or not and often left patients with pain and the dreaded swollen arm from lymphedema. 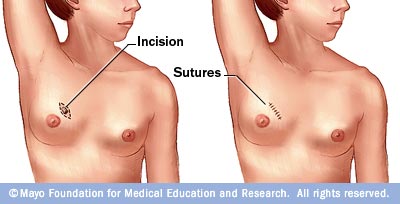 Then, this was challenged. We turned from dissection to sampling and
now to identifying the lymph node that the cancer was most likely to
spread to and removing only it (sentinel node biopsy). No more pain, lymphedema.

Yes, we’ve gotten smarter about our treatments as our understanding of the disease has improved from the work of dedicated bench researchers, statisticians, and clinicians. And looming over all this work were the patients and their aggressive advocacy groups pushing and prodding and challenging all of us to get to the bottom of this disease and eradicate it.

We’ve gone from carpet bombing to smart laser guided bombs. While military metaphors pepper our conversations about cancer and cancer treatments, the masculine, gung-ho, take-no-prisoners approach of an earlier time has been replaced by a more focused, smarter, kinder, gentler, and (dare I say) more feminine approach. That seems appropriate, doesn’t it?