The “All Thumbs” Generation

Caveat Emptor: take your surgeon’s history of hobbies practiced in their youth before signing that operative consent!

There is now speculation from a recent New York Times article (May 30, 2019) that surgeons with skills developed through manually oriented hobbies in their youth may be more technically adept and, thus, better surgeons who produce better outcomes.

Gosh, how stupid was I in junior high not to sign up for that after school calligraphy course?

This article claims that your surgeon may be compromised technically if he or she didn’t have manual skills developed and sharpened from manually oriented hobbies from their youth, long before they may have even considered a career in surgery.

Senior experts in the field opine in this article that the present generation of surgical residents are not as proficient technically in light of the childhood activties of their generation. They seeming to be saying that they spend too much time on devices and not enough time playing the piano or putting together collages of images cut out of magazines. Anecdotal evidence pervades the article.

Surgery involves more than tying tight knots or being slick with a hemostat. Surgical judgement is in play preoperatively, intra-operatively, and postoperatively, quite separate from how well one handles a scalpel or a scissors during an operation or whether you were an accomplished woodworker at age 12.

If you are bereft of manual dexterity you are probably not selecting surgery as a field of concentration. If you make a mistake and try to enter the field, you probably will be prevented directly or indirectly, politely or impolitely, fairly or unfairly, from moving on by the surgical gods (senior surgeons assessing your skills and punching your ticket to the next level of training).

Which is not to say that technical skills don’t matter. They do. But they can be developed separate from youthful experiences playing the piano, crocheting, needle pointing, drawing, or typing. They can be learned and they must be practiced as all surgeons do in the early days of their training and beyond. 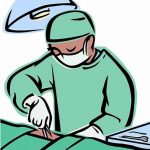 practice these skills. I suspect that there isn’t a soul out there who can define what that threshold is. As is obvious in the article, measurements of manual dexterity or technical surgical skills are not quantifiable. They are quality judgments. You know it when you see it. Not very scientific or data driven.

In terms of developing these technical skills, other factors are equally if not more important than having childhood hobbies that nurture manual dexterity. These would include qualities like focus, concentration, desire, ability to overcome adversity, and perseverance, all of which can be learned in a number of different endeavors that don’t involve using one’s hands.

There may be some merit in criticizing the skills of the younger generation due to the change in residency hours and the number cases one performs during their training. And, it seems to be a well developed sport for older physicians to criticize the younger generation for not having gone through the arduous training they experienced. 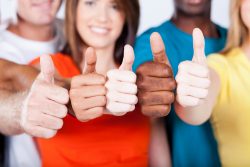 I think we should be cautious about the “all thumbs” freaks that have emerged from this younger generation with their Game Boys and their Play Stations and their insistent, compulsive texting. Robotic surgery is already here and will be expanding. The “all thumbs” generation may be better positioned to execute that skill than the more traditionally trained surgeons of my generation.

Maybe patients in the future will be judging their surgeons on just how adept they are at a computer console with a joy stick directing a robotic arm inside a patient. Maybe they will ask their surgeon to show how many thumbs they have on their two hands. Maybe they’ll ask you just how quickly and adeptly you text with all those thumbs…