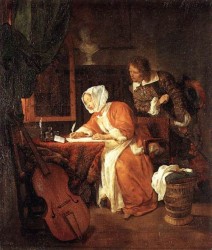 An article appearing in JAMA (Journal of the American Medical Association) from a blue ribbon panel of cancer experts organized by the NIH (National Institutes of Health) made its way into the news a few weeks ago.

They attempted to redefine the word cancer by focusing on some cancers that bear the appellation of cancer but donʼt deserve the designation because they arenʼt aggressive enough. They are, in fact, too friendly or too lazy or to idle to cause real damage to humans.

In the field of breast cancer, breast DCIS (Ductal Carcinoma In Situ) was cited as one of those so called cancers that should change its name.

Words do matter and perhaps our definition of cancer needs an overhaul, even if at the risk of looking like college English majors arguing over the meaning of a single word in a poem or lawyers parsing a legal opinion.

I love acronyms. DCIS as an acronym is clear, borrowing the first letter from each word, to neatly describe the condition. It works and has for years. I understand they want to reclassify breast DCIS as an “IDLE condition,” which stands for “indolent lesions of epithelial origin.”

I donʼt know if that is going to make matters any clearer to the public. How many people really know the meaning of indolent and I am certain epithelial will just leave most people shaking their heads.

And, as an acronym, this is lousy. The “I” is from the first letter of Indolent. The “D” is from a prominent consonant in inDolent, which is acceptable in acronym construction. Then, there is an “L,” which I assume if from Lesion, but could be another prominent consonant in inDoLent. The “E” from Epithelial is fine, but what about the “O” from Origin? This has been left out completely. Why ignore the big O?

I guess an O on the end would make this sound too Spanish/Italian and too vowel heavy–I-D-L-E-O. And, this just doesnʼt work, does it? I guess ILEO (Indolent Lesion of Epithelial Origin) is too intestinal and doesnʼt work too well either, but it would be easier to remember.

A pathologist colleague indicated that IDLE could stand for “It Definitely Looks Equivocal.” I would suggest abandoning all attempts at acronymic integrity, add a participle status to the project, and just call DCIS an IDLING condition. This would instantly evoke the image of a car, a Buick, warming up on a frosty Minnesota morning shrouded in thick exhaust. We could name the image “American Idle.” Or we could transform it into a gerund and call the musings of this panel IDLING.

I know what the panel is trying to say physiologically and cancer wise. But If you are from the NIH and you are publishing in JAMA about breast DCIS, canʼt you come up with something better than IDLE? This one displays all the eloquence of trying to stuff ten pounds of meaning into a five pound grocery bag.

BTW, panel, stop idling around and go back to the drawing board. LOL. YOLO.